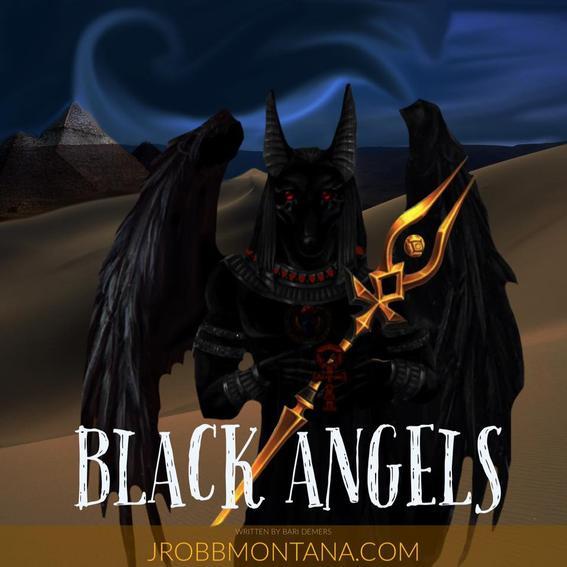 War hero seeks revenge for brother's death, risking his crew in a mining expedition on planet ALPHA XL-420 for the priceless Red Crystal, essential to saving their species from a deadly virus…

​Long before humans had a foothold on earth, Intelligent alien humanoids  occupied our planet, in a race to save their species from certain death. A special team of highly trained soldiers, known as the Royal Emperor Guards of King Osiris, are assigned to this precarious mission.

Unknown to the crew, lead Commander Cardin is looking for revenge, but at the same time, must protect his soulmate Karen from harm. It’s a love story, filled with liberty, politics and morality ; intertwined with the future of humanity and its consequences.


An exciting thriller scifi horror genre sure to keep you glued to your seat. Featuring surprising literary Easter Eggs, carefully placed throughout the novel, including open-enders, clueing the reader to possibly another book ; creating characters and timelines into a complex web of future references.

​Ordered by the King, a team of the Royal Emperor Guards are sent to a new found planet ALPHA XL-420 (Earth) in search of the most possessed drug, ROSE CRYSTAL, in order to save their species from a deadly virus.

Led by War Hero Commander Cardin and eight military specialist & two androids, they are committed to find and ship the drug home as fast as possible.

Reports of their rivals, the JOTUNNS are spotted in the same Quadrant, adding a deadly obstacle in their path.  However, Cardin is looking for revenge for his brother's death during the War "Red Storm".


Time is running out for the SIRIANS on Sirus 5, but unknown to the crew, Commander Cardin has a problem of his own.

Adding to the tension, an unknown creature lurks the planet, only known in folklore as BLACK ANGELS.  Priestesses ISIS, THE GODS OF SIRIUS, must protect her people from this evading creature.

Raising the stakes, Medical Geneticist, Dr. Smith, has another vital mission to be completed before they leave.

WORLD OF THE STORY -

Long long time ago, before mankind had a foothold on earth, an intelligent alien life form came to our planet, what they called ALPHA XL - 420, desperate to mining ROSE CRYSTAL before their species die from a deadly virus.

Their mission is clear. Control and destroy any hostile threat in order to begin mining of the drug, ROSE CRYSTAL and ship it immediately back to SIRI

Long long time ago, before mankind had a foothold on earth, an intelligent  Alien life form  came to our planet, astronomers called , ALPHA XL-420, ( Earth) desperate to start mining ROSE CRYSTAL, before their species die from a deadly virus.

There mission was clear.

Begin mining the drug and ship it back immediately, after tests are successfully conducted on unknown habitats only referred to as APE-MAN.

BLACK ANGELS introduces the possibility of INTELLIGENT ALIEN LIFE FORMS who have colonized on Earth, based on discovered artifacts, archaeological ruins and possible hidden command centers throughout Earth today.

Alien Conspiracy Theorist speculate that our world government authorities are well aware of our historical past.  Even hiding on-going communication with extraterrestrials today despite public claims to the contrary.

It's further claimed the governments are allowing alien abduction, in trade of high tech information.

However, the SCREENPLAY: BLACK ANGELS is a science-fiction horror genre centered on the SIRIUS PEOPLE who came to earth from the Canis Major constellation, known as the "Dog Star".

During their time on earth, after a combination of struggling for survival on a strange planet, along with humanoid weakness and deceit, mankind was left to defined for themselves.

It is still unclear why the SIRIUS PEOPLE left in such haste, but speculated it had something to do with the Norwegian folklore of the elusive creature, only known as BLACK ANGELS. They are closely related to the Draugar.

Approximately 250,000 years ago, the SIRIANS began its journey,changing life on Earth, forever. King Osiris order his elite Emperor Guards under Chief Commander Cardin's command to take on the mission only referred to as ALPHA XL- 420. Cardin and his crew must begin mining the rare drug known as, Rose Crystal and immediate ship it back to Sirus 5 before their people die of a deadly virus.


WHO ARE THE SIRIANS ?

This is what we know about the Sirians. They come from the Sirius Cluster in the Alpha Canis Majoris Constellation.

King Osiris ordered an elite team to begin the colonization of Earth immediately. Their mission is clear. Control and destroy any hostile threat in order to begin mining and immediate ship the crystal , ROSE C / MISSION code name: ROSE GLASS.


WHAT DO WE KNOW ABOUT THE SIRIANS ?

Historical records of the Sirians are has such:

The Jotunn's are a savage Reptilian Humanoid species recorded in Norse Mythology. They are known rivals of the SIRIANS of Sirus 5 fighting for countless centuries.

We believe from a reliable resource, the Jotunn species have a military base in the same quadrant.  Only as a red planet known to be the fourth planet orbiting the Sun Star 656. Unfortunately we haven't heard back from our source since our last transmission. COMMANDER CARDIN must verify if it is indeed true.

The Jotunn's are a savage Reptilian Humanoid species recorded in Norse Mythology. They are known rivals of the SIRIANS of SIRI fighting for countless centuries.

Under a long family line of royalty King Osiris is considered the first prodigy child linked to 'THE GODS SIRIUS.'

Chief Mission Commander of the Project APOLLO under direction of his uncle King Osiris, of the SIRIANSpeople.

During the great 'WAR OF THE RED STORM' Commander Cardin became a war hero treated like any other celebrity. Of course it helps when your uncle is the King.  Cardin never earned his way from hard work and could be seen as others as a spoiled rich kid with a powerful King on his side. Unmarried and looking to settle down at the age of 40. Rex Freeman and Sergeant Red are consider is best friends.

Learn more about Commander Cardin with a FULL DESCRIPTION HERE

Karen is a Geologist Science Officer assigned to Starship SIRUS-S757 under the command of Chief Mission Commander Cardin Mason. Karen and Cardin are in a relationship without the knowledge of King Osiris. The Royalty Line is said to be of the up-most importance and Karen's family is not part of the royalty. Her family comes from a long line of what they referred to as DREAMERS. In her mid twenties she's carelessly attracted to men of wealth or stature, but at the same time has a good head on her shoulders. Very intelligent and quick on her feet.  She became a flight pilot officer by the time she was 21.

Learn more about Karen Jefferson with a FULL DESCRIPTION HERE

Sergeant Red is a tough old bird who's presently Commander Cardin's body guard and overall protector of the Royal Family. Red has been through the evils of wars,including 'WAR OF THE RED STORM' saving Cardin's ass more than once. Red was severally injured during his earlier years of battle showcasing deep facial scares with an embedded artificial electronic eye.

Gill Christopher isn't your typical girl.  Her five years of military service quickly showed off her skills as top marksman with countless awards, making her the prefect candidate for this mission. She was born to a distinguished Admiral who lost his life during the last great war.

Gill was a military brat while growing up in various off worlds. Her career as a weapons officer took a turn after the death of her father. She enlisted into the Marines Corps as a Navy Fight Officer for two years, under the advise of her longtime childhood friend Karen Jefferson. Loosing her father made her into a determined fighter but naive about men altogether. She was always looking for that father figure.

Elizabeth Black, 'Ezzy' for short, is in her thirties. As any stereotyped redhead, she has a fiery temper.  Her military experience lies in Communications Warfare with a degree in Botany. With her experience as a botanist she will play an important key part during colonization on ' Blue Earth'.

ISIS is a female High Priestesses, exercising politically and religious powers within a KINGS DYNASTY.   She’s responsible in keeping King Osiris powerful kingdom in check, sort-of-speak.  Her decisions are for her children preventing dictatorship.
Female priestesses of this statue are referred to "The Way to The Gods of Sirius". Her religious standing in the community is well respected and sometimes even feared.
Learn more about Priestesses Isis with FULL DESCRIPTION HERE

Dr. Smith is a recently graduated , but a well known genius.  It was said politics had a hand in him becoming a member of the crew. His family has had a long time friendship with King Osiris.

Brad Conway just graduated and considered a green-horn in the military. Young, naive and arrogant, making him a liability to the overall mission. Of course there were political reasons why he was selected. During the Academy he was always trying to prove himself, at the cost of others.

SIRIANS Androids are hooked into particular Starships and have the capability of detaching itself as an humanoid android. Their main propose is ships computer systems control and tactical warfare. Your typical zero-emotion machine, but is it really? Read more about Android Alisha

Alex is programmed to look after personal and not considered good in warfare. Basically a butler if you will.

Rex is an experienced Wing Commander with the 747th Air Space Expeditionary Wing of the Emperor Guards and a specialist miner. Mining has been in his family for centuries.

Lieutenant Wing Commander Rex Freemen is in his late 30's.  Two years before the mission King Osiris had his family executed for reasons unknown at this time. Best to read my book Black Angels - CLICK HERE

Rex has never forgotten the King's orders and ever since as had a dark side. He made special preparations in order to be part of this particular mission without the King's permission.